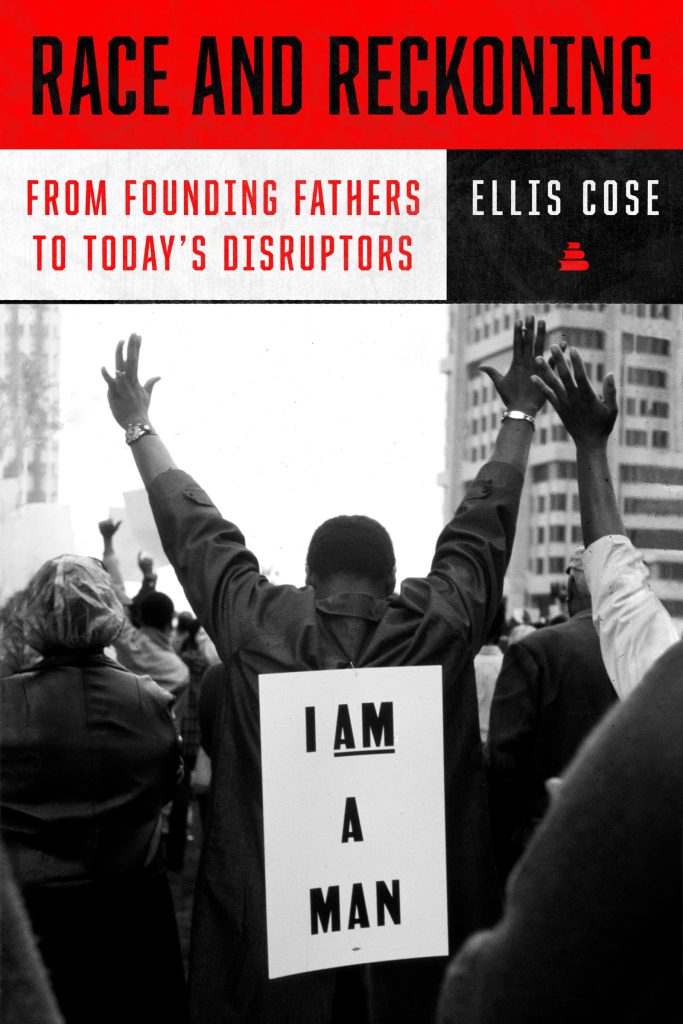 “A book that merits a place on ethnic studies—and American history—curricula.” —Kirkus Reviews

Spanning the period from the nation’s beginning, through the New Deal to the Covid pandemic, a groundbreaking work that interrogates how pivotal decisions have established and continued discriminatory practices in the United States, even as the nation has exalted the ideal of equality, and as disinformation and modern advertising techniques have plunged democracy into an ever-deepening crisis.

American Politicians have waxed eloquently and endlessly about elevating the nation. But elevating it for whom? asks journalist and cultural commentator Ellis Cose. The founding of the United States featured many decisions about race, with “self-evident truths” applying to whites but not the Indigenous people removed from their lands, nor the Black people shackled in slavery. Neither group was considered sufficiently human by the ruling class. These decisions reverberated as America grew into a superpower. Instead of embracing the values of its founding creed, the United States racially restricted naturalization, banned supposed undesirable immigrants, and relentlessly stifled the “other.” From Reconstruction to the New Deal to the unceasing fight for civil rights, Cose reveals how the hopes of many Americans for a true multicultural democracy have been repeatedly frustrated by white nationalists skilled at weaponizing racial anxieties of other whites. And he offers thoughts on how the United States ultimately could become the democracy the nation deserves to be.

In RACE AND RECKONING: From Founding Fathers to Today’s Disruptors, Cose dissects chapter-by-chapter how America’s overall narrative breeds racial resentment rooted in conjecture over fact. Through rigorous research and with astute detail, Cose uncovers how, at countless points in history, America’s leaders have upheld a narrative of American greatness rooted in racism. RACE AND RECKONING is essential and accessible reading to understand the history of race in the United States, and how its legacy manifests in the present day.

A survey of ethnic relations in America that links past and present injustices.
“To understand the current efforts to disenfranchise likely Democratic voters,” writes Cose, “you have to understand what happened at the end of Reconstruction.” The end of Reconstruction returned White conservative Southerners to power and introduced an era of Jim Crow laws that seem all too current today. At stake, notes the author, is the vision of an American nation made up of equals as opposed to one in which only some Americans are entitled to the benefits of citizenship, including voting rights. Cose begins at Jamestown and the introduction of African slavery to the American Colonies, showing how the enslavement of Blacks and the removal of Native Americans from their homelands were conjoined efforts to secure White supremacy. Every state was once complicit, given the requirements of such laws as the Fugitive Slave Act, which Cose examines through the lens of the real-life case that inspired Toni Morrison’s novel Beloved—a book, he reminds us, that figured in a campaign ad for Virginia Gov. Glenn Youngkin as one to be banned in public schools. In many cases, Blacks enslaved before the Civil War became enslaved in practice, if not in name, afterward even as immigration officials tried to sort out other racial classifications. One such official, reported the Washington Post, held that “Syrians and their racial kindred…were yellow, not white, and that they were barred therefore from naturalization.” In the face of civil rights advances after World War II, racism is growing today through social media and dog whistlers such as Donald Trump, whom Cose links to a eugenicist from the previous century who complained that Latin American countries “furnish very undesirable immigrants.” The author ends with a well-reasoned defense for teaching this history against those who “doggedly refuse to acknowledge how our past affects our present.”
A book that merits a place on ethnic studies—and American history—curricula.
–Kirkus Reviews

“This blistering survey of racial inequality in America begins by deploring the “assault on the machinery of our democracy” launched by President Trump and his supporters in the wake of the 2020 election. However, contends journalist Cose (The Short Life and Curious Death of Free Speech in America), Trump “is only a man,” and his path to the presidency was paved by centuries of racism, exploitation, and discrimination. Spotlighting efforts by white Americans to preserve their rights to life, liberty, and the pursuit of happiness by denying those same rights to people of African, Asian, Latinx, and Indigenous descent, Cose briskly recounts the Trail of Tears, the 1882 Chinese Exclusion Act, the ransacking of East St. Louis by white mobs in 1917, the internment of Japanese Americans during WWII, and the anti-Mexican “Zoot Suit Riots” in 1943 Los Angeles. He argues that these and other episodes of racial violence and intolerance reveal the existence of a “belligerent minority that believes its self-selected rights are the only rights that matter,” and lucidly explains how the Electoral College, the filibuster, and voter suppression work to undermine the popular will and thwart racial equality. Much of this will be familiar to readers of American history and politics, but Cose draws incisive parallels between past and present. This is a pointed rebuke of American exceptionalism.”
–Publishers Weekly